The carbon dioxide (CO2) sensor uses non-dispersive infrared (NDIR) radiation to measure the concentration of CO2 in the air.

Carbon dioxide circulates naturally in Earth’s atmosphere as part of the carbon cycle (the process in which carbon dioxide is exchanged between the atmosphere, oceans, soil, plants, and animals). According to the EPA, since the industrial revolution, humans have altered the carbon cycle through activities like burning fossil fuels, which adds CO2 to the cycle, and deforestation which reduces natural ways in which CO2 is removed.

The increase in greenhouse gases, like CO2, trap heat in the atmosphere and contribute to global climate change. The pie-chart from the EPA shows a breakdown of the sources of carbon emissions in the United States. Other major greenhouse gases are methane and nitrous oxide. 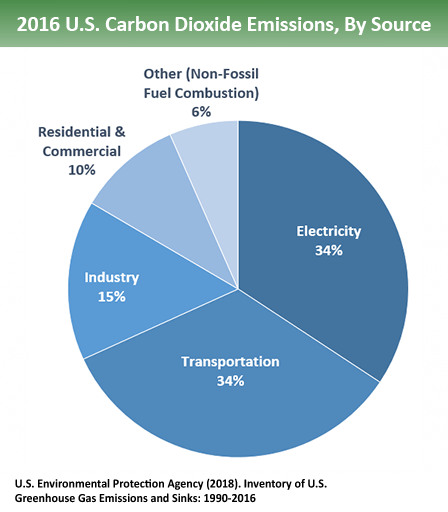 How does the PocketLab Air measure carbon dioxide?

The sensor operates through the following method: 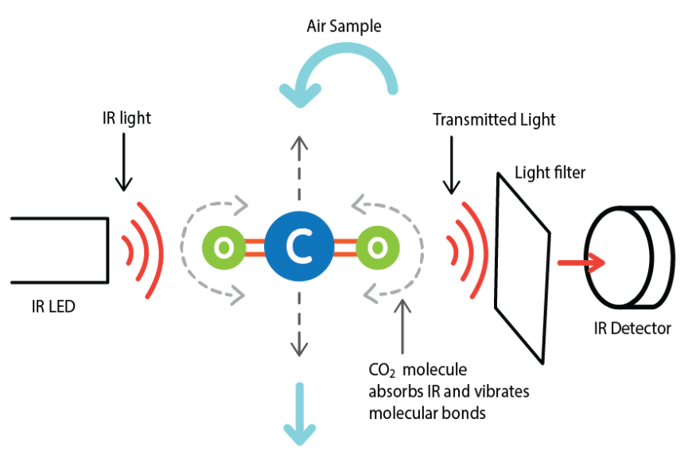