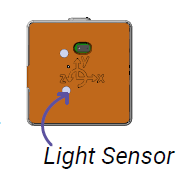 A certain amount of light will illuminate a surface less if that light is spread out over a greater area, but it will illuminate a surface more if that area is smaller. This is a good way to think about light intensity or illuminance. Think of it as how much visible light is spread out over a given area. Your PocketLab's light sensor measures light intensity in lux which is equal to one lumen per square meter.

Why do solar panels face a certain direction? 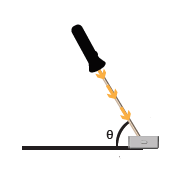 Take your PocketLab and place it on a flat surface so the light sensor is facing up. Measure the light intensity from a flashlight as it points at the PocketLab from different angles. Use a protractor to get the angles precise and attach the PocketLab to a ruler or stick to keep the distance between the flashlight and the PocketLab controlled. At what angle is the intensity the greatest?

Go outside and imagine your PocketLab is a solar panel and you’re deciding how to fix it to a roof. At what angle and in what direction would your solar panel get the best results? Will that change throughout the day? How might that affect your decision? What about if you were in the Southern Hemisphere versus the Northern Hemisphere?